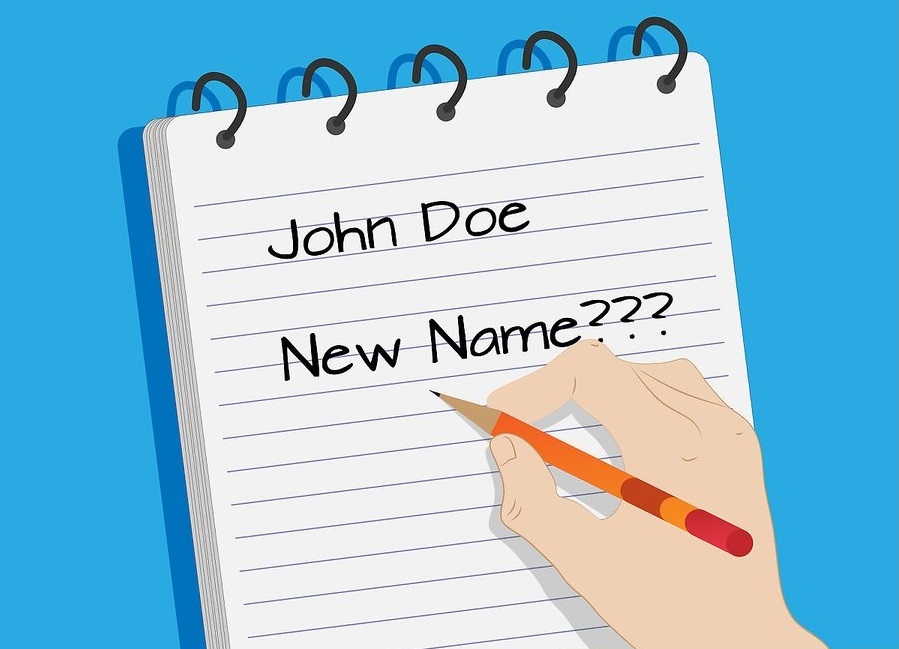 How can you find evidence of a name change in your family history? Image from Wikiphoto published under Creative Commons Licence.

Family historians looking for proof of a name change will often find it simply does not exist. It was (and is) perfectly legal to change your name and begin using a new one without having to register the change with an official body.

So, in the days when divorce was prohibitively expensive for many, if a married woman began to live with a new partner, she could adopt his name without requiring any legal process.

However, some people preferred to make their name change official. Before the 20th century this was done through royal licence or sometimes through Private Acts of Parliament. Later, deed poll was used.

Deed poll is a legal contract which is made before a solicitor. It provides documentary evidence of the name change.

In most cases, the files are unlikely to have been kept by the solicitor for more than five years. However, for safekeeping, a deed poll can be entered in the Enrolment Books of the Supreme Court of Justice.

Not all people chose this option, as it came with a fee and, after 1914, required a public notice in The Gazette.  The cost and publicity put many people off. Therefore, absence of an enrolled deed poll does not mean the name change was informal. A deed poll may have been obtained, but not enrolled. The National Archives estimates that only 1% of names changed by deed poll were enrolled.

From 1914, all enrolled deed polls had to be advertised in either the London, Edinburgh or Belfast Gazette, and these papers are searchable for free online.

These two examples are from the London Gazette on 2 July 1929. Wolfe Zukovsky of Leeds was seemingly very fond of his forename!

Further information can sometimes be found in the wider press. For example, this was reported in the Shields Daily News on 19 August 1925:

Mr Montague Noel Newton has changed his name by deed poll to Montague Norman Norreys. The fact is announced in the ‘London Gazette’. He is described as of Down Street, Piccadilly.

Mr Newton gave evidence for the Midland Bank when Mr Vharles [sic] Ernest Robinson unsuccessfully sued the bank for £125,000 – part of the £150,000 paid by Raja Sir Hari Singh (“Mr A”) to avoid being cited as co-respondent in a divorce petition.

Most of the money had fallen into the hands of William Cooper Hobbs, who was subsequently convicted of conspiracy and sent to prison.”

If you want to see the original enrollment, the Enrollment Books are held at The National Archives, Kew. Years 1903-2003 are held in series J18.

During the Second World War all name changes had to be declared and published in The Gazette so that the National Registration details could be altered and an identity card and ration book could be issued in the new name.