I enjoyed this week’s episode of Hidden Killers (BBC 4, 9pm, Tuesday), about dangerous products invented and used in Edwardian times. What struck me was, in some cases, how long the dangers were known by manufacturers before the use of dangerous materials was stopped. 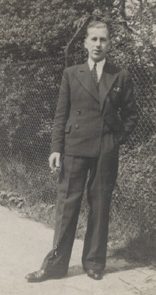 With asbestos we were told the link to lung disease was recorded as early as 1899, and the first death attributed to asbestos was in 1906.

I can remember my grandfather telling me that when he worked as an engineer in London in the 1960s, making circuit breakers for the Aswan Dam, he worked with asbestos and would cycle home with his hair and moustache covered in it. As was usual for his generation, he made light of it.

He did have scars on his lungs and eventually died of lung cancer, but not until he was 90 years old. I guess he was one of the lucky ones.

It took until the 1980s for the use of asbestos to be completely banned in the UK.

Did your ancestors work with dangerous substances? Don’t forget to write down your family’s stories for future generations.